CD-i The Secret Game is a video made by Achille12345. It features Star Fox-themed space combat. 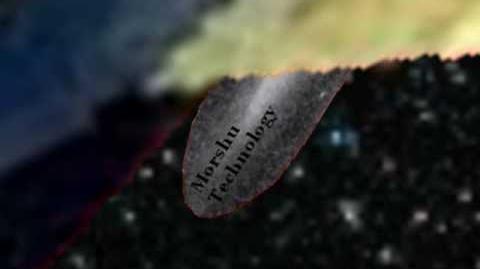 At the beginning of the video, Mayor Cravendish informs The King about Ganon's invasion on Hyrule system and that he's currently attacking Koridai (depicting as the planet Namek). The King, after some preparations, gives his fleet an order to jump into hyperspace. After armada's arrival near the Koridai planet, the commanders: Gay Luigi, Morshu and Link give their reports.

Suddenly, Ganon's fleet appears. Leeroy Jenkins charges at it, but gets destroyed immediately. The big battle begins. Harlequin gets on Zelda's tail, but Link easily takes him down with accurate shot. Meanwhile, Luigi and Mario are trying to find a way to destroy Ganon's mothership, but they get caught by Militron's squadron's crossfire. Morshu decides it's a perfect time to deploy Morshu Bomb. However, bomb gets stuck in his plane and is about to explode, so he flies into the center of enemy aircraft (next to Militron) and blows himself up along with it. The shockwave is so powerful, that it destroys some allied planes, too.

Mario notices that the enemy mothership's force field is disappearing. Commanders, along with Zelda, Gwonam, Fari, Gnorris and Themysteriouspirate decide to blast through the gate and destroy the mothership's core. Seeing that Ganon, I.M. Meen, Hectan and the others are chasing them, they split up. TMP and Link are going through the center area, Zelda to the left, and Mario bros to the right (Fari and Gwonam get shot down by the enemy).

In the left area, Hectan damages Zelda's ship, but debris fall off of it and block Hectan's view. After he shakes it off, he can only scream "Oh S**t!", before crashing into the wall. In the right area, Bowser and I.M. Meen continue to chase Mario, Luigi and Gnorris. Luigi tricks Bowser into hitting metal pipe and Gnorris U-turns, crashing into I.M. Meen's ship.

In the core room, Link and TMP destroy the first part of the core. Then Link, not wanting to endanger his friend, says that he will go alone from here. But before Link destroys the rest of the core, he's attacked by Ganon. Link dodges Ganon's homing missiles, then he critically damages his ship with reflected shots. After destroying final part of the core, Link tries to leave, but Ganon doesn't want to let him get away that easily and tries to ram his ship. Link counters with Falcon Barrel Roll, making Ganon's ship lose both wings and crash into the wall. The gigantic explosion chases Link, who barely escapes. The entire good team celebrates victory.

At the end, it all turns out to be a game that Link was playing. He reaches a score of 9000 and shouts with happiness, seeing that he beat Achille12345's score, thinking that he was at the top of the highscore table. The King comes quickly into the living room, thinking his Hi-Score was beaten. Link then notices with surprise that there is one person above him: The King with 9001 points, who then laughs and leaves the room, leaving Link embarrassed.