“My cakes will burn!”
—George the Baker


~George George is a Gamelonian baker appearing in Zelda: The Wand of Gamelon. In one of the cutscenes, he gets

kidnapped and taken to Tykogi Tower along with Mayor Kravindish. When Zelda visits his shop after rescuing him, he supplies her with free cakes  that can distract certain types of enemies in the game.

He didn't have an actual name in the game and instruction manual simply referred to him as 'the Baker'. He was nicknamed by YTP fans as George.

In Achille12345's video, The Random Game, George is the first boss at level 0. He easily defeats Impa (not like it's some sort of achievement), but gets owned by Gwonam. 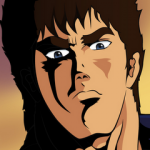