Tails Doll is a robotic doll shaped like the character Miles "Tails" Prower from the Sonic the Hedgehog franchise. It was created by the Sonic series long-time villain, Dr. Ivo "Eggman" Robotnik, and made it's only video game appearance in the racing game, Sonic R. Ever since that game, though, this character has made a name for itself on the Internet through scary stories where it goes berserk, transforming into a demonic beast and maiming everything it sees. It has also appeared in the Sonic the Hedgehog comic book series by the Archie Comics company, and it has recently appeared in Achille12345's videos, making it's debut in the fifth part of CD-I Pokémon Tournament.

When Tails Doll first appears in this series, it is a motionless, harmless doll with a green antenna and an innocent face, sitting in the middle of Link Nukem's secret cavern lair. When Gwonam infiltrates the lair to find an item that will help him defeat the mystery trainer in the next Pokémon match, the Tails Doll spots him floating by and reveals itself to be a guardian of the lair, transforming into a demon with a red antenna and taking chase. The doll sneaks up behind Gwonam, stares at his back with its soul staring eyes, opens up it's mouth, raises it's claws, and attacks, but barely misses, thanks to a golden bird that Gwonam spotted in the pile of treasure. A little while later, when it's found out that the almighty Giygas has been unleashed upon the cave, Tails Doll tries to fight him off while Gwonam makes his escape, but is ultimately overpowered, and shifts into a defeated state, in which it still has it's claws out and dripping with blood, but its adorable face is back, and it looks depressed. Now, Tails Doll is stuck on a platform with Triforced Link Nukem; who is trying everything in his power to stop Giygas. As of now, the fate of the Tails Doll depends on whether Link Nukem can avert the wrath of Giygas.

Tails' Doll's normal form. In this form, it just sits in one place, completely stationary.

This is the form that Tails Doll uses for fighting and killing. It transforms into this bloody, sharp-clawed beast upon spotting intruders. Tails Doll has also been shown to be a capable fighter, putting up a good battle with Giygas before being ultimately overwhelmed. Tails Doll's main power appears to be vomiting power beams from its mouth, as well as some kind of fluid which can disintegrate opponents (though Giygas can regenerate from this). It is also shown to fly. Tails Doll's main weakness in this form is that it sometimes waits too long before attacking, as seen when it stared at Gwonam, opened its mouth and revealed its claws before lunging at him, which gave Gwonam time to (accidentally) avoid the attack.

A mix between the Demon form and the Cute form. Tails Doll enters this weakened state after being overpowered by a foe far more powerful than it, like Giygas. It's entirely helpless to do anything in this form. Once it's reduced to a moping, bloody doll curled up on the side of a foothold in front of a cosmic destroyer, it can only sit down and watch, hoping for the best. 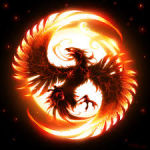